~  Gallery Arkives of our works ~ 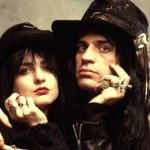 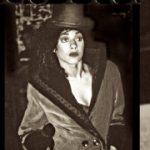 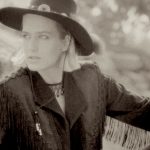 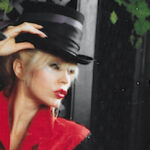 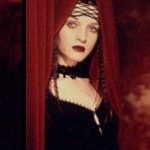 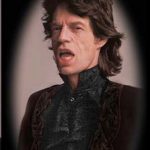 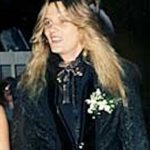 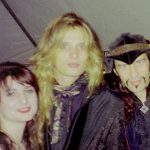 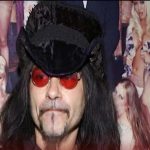 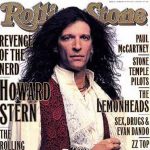 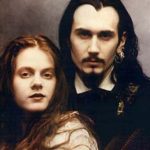 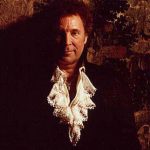 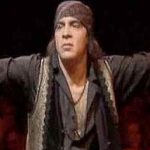 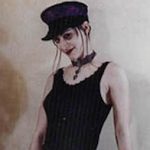 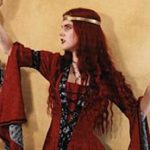 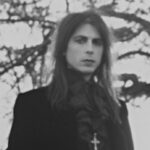 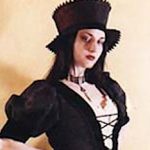 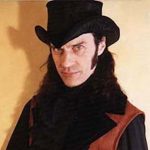 In early 1986, two friends, Robi Diana and Karen Fleisch, both Artists/Designers, teamed together to start an Alt/Rock Fashion business that encompassed creations of their shared visions. They were inspired by Vintage Clothing, Fantasy, Historic Costuming, Rock’s British Invasion of the 1960’s, Opulent Western wear, among other influences. Their designs displayed a Mysteriously Romantic, Dark edge. Fans affectionately dubbed the collection, “The Enchanted Wardrobe”, which was then added as an epigram.

Their creations were not readily accepted by the fashion markets of the mid 80’s. In fact, the Styling and Designs were considered “Fashion crimes”. As a result, Robi and Karen decided to name their Label “ACCOMPLICE”, symbolizing each other’s contribution to their works of “Anti-Fashion”.

The Quality and Detailing had raised the bar in Alt/Rock Fashion. It later fell into the category of High Gothic, which inspired a following of young designers. Their early influences of Victorian garb eventually went on to be embraced by the later formed SteamPunk Fashion crowd, regarding Accomplice as one of the movement’s pioneers.

In 1996, during the 10th Anniversary celebration, Robi & Karen announced the transition to a the label’s name change. The new name, ARKIVESTRY, was thus adopted. A term coined by Robi and Karen, combining the words Arkives (variant of archives) with Vestry, to better reflect their inspirations.